60% Indian Businesses Want to Use AI to Automate Tasks: Survey 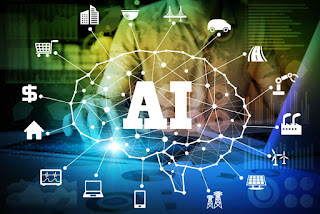 While nearly 60 percent business leaders in India are planning to use Artificial Intelligence (AI) to automate tasks to a large extent, 20 percent believe their workforce has the skills needed to work with advanced technologies such as AI, according to a survey by Accenture.

More than half of Indian business leaders recognise skills shortages as a critical hindrance to future growth, but few plan to increase their training investments over the next three years, according to the research titled "Future Workforce Study".

Four in five (80%) also recognize that their workforce is under-prepared to adopt advanced technologies.

"The commitment to using advanced technologies for growth needs to be supported by an equal commitment to transforming the organization for the future," said Managing Director at Accenture.
The study is based on a survey of 1,100 workers across skill levels in India and a survey of 100 senior executives in India.

The vast majority of workers expressed the need for training, with 93 per cent saying it will be important to learn new skills if they are to work with intelligent technologies in the next three to five years, and even more (95 per cent) saying they believe that AI will help them do their job more efficiently, the study said.

"We are entering the age of man-machine collaboration, where machines will augment human capabilities, allowing people to focus on what they do best while doing the things that humans would rather not," a report said.

It's clear that the future workforce needs to be skilled to work alongside machines, with a focus on improving the intrinsically human abilities that will determine their success.


For More, Keep Us Following via www.theasmp.net