By ACRA September 19, 2018
If you want to be a better boss, check your emails less often. Distractions from email can impact managers, their productivity and their role as leaders, suggests a study.

The findings showed that while employees spend more than 90 minutes every day -- or seven-and-a-half hours every week -- recovering from email interruptions, managers' distractions have far-reaching implications. 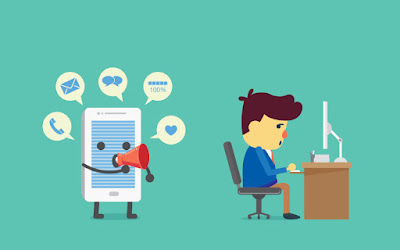 "Like most tools, email is useful but it can become disruptive and even damaging if used excessively or inappropriately," said Russell Johnson, Professor at the Michigan State University in the US.

"When managers are the ones trying to recover from email interruptions, they fail to meet their goals, they neglect manager-responsibilities and their subordinates don't have the leadership behaviour they need to thrive," he added.

For the study, the team collected surveys from a group of managers twice a day for two weeks.
On days when managers reported high email demands, they reported lower perceived work progress as a result, and in turn engage in fewer effective leader behaviours.

Beyond failing to complete their own responsibilities, email distractions cause subordinates to suffer from a lack of leader behaviours, or those that motivate and inspire, the findings, published in the Journal of Applied Psychology, showed.

"When managers reduce their leader behaviour and structure behaviours, it has been shown that employees' task performance, work satisfaction, organisational commitment, intrinsic motivation and engagement all decrease, and employees' stress and negative emotions increase," Johnson said.

Importantly, leader behaviour has a strong correlation to employee performance which, unfortunately, were the behaviours that got put on the back burner because of email distractions, Johnson said.

"The moral of the story is that managers need to set aside specific times to check email. This puts the manager in control rather than reacting whenever a new message appears in the inbox, which wrestles control away from the manager," Johnson suggested.