By ACRA November 19, 2017
The political crisis in Zimbabwe, pitting Zimbabwe’s 94-year old President Robert Mugabe against his military, who has been in power for 37 years, has witnessed a dramatic shift in how the country’s citizens access information during a crisis. It was unsual that there was an absence of state media coverage of the Zimbabwe national army’s address in which the army stated that it was not going to “hesitate” to intervene. 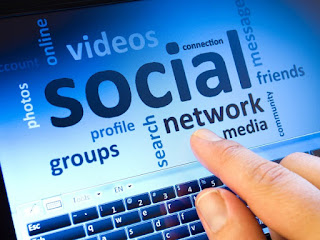 Thanks to Social Media, the Zimbabwean army’s bold challenge to their leader and ruling party was relayed to the nation and outside world, including the country’s vocal diaspora. Facebook, Whatsapp and Twitter were among applications used by Zimbabweans to dissect the message issued by the army. NewZimbabwe, Nehanda Radio, Zimbo Live TV, Povo Tv are examples of Zimbabwean online services that spread the message widely among Zimbabweans.

On Tuesday 14 November, state media ignored the army’s message again while social media went into overdrive analysing its implications. In line with its established partisan stance as the state media are clearly captured by ruling elites, that morning state media instead covered ZANU-PF National Youth League Secretary Kudzanai Chipanga’s remarks criticising the military hierarchy. It was stated that the youth wing of the ruling party was “ready to die” for President Robert Mugabe, following a threat by the military to intervene if a purge of former war fighters continues.

The ruling party also issued statements dismissing the army’s threat, using state media even though the state media did not carry the army’s message in the first place. One can argue that this selective coverage exacerbated the crisis as the army followed through its threat on the morning of Wednesday the 15th in the aftermath of what they perceived to be insults from the youths. One of their first moves was to take over the state broadcaster which they used to announce that it was not a coup and that their mission was to stop the “deteriorating” economic and political situation in Zimbabwe.
In the initial stages and through Wednesday and Thursday when there were rumours about whether or not President Mugabe was going to meet the demands of the army, social media again filled the gaps. The 48-hour stand-off between President Mugabe and the army was relived online in memes, live reports from hand-held mobile phones and reports on social media based on eye witness accounts. 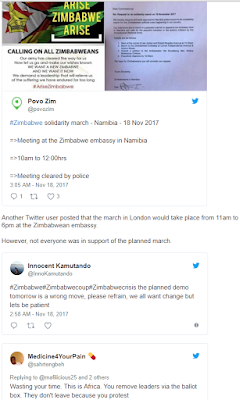 Even though the situation has remained tense, many Zimbabweans peacefully went about their daily lives. They treated the situation as a squabble between members of the ruling party. Without social media one can argue that many would have died from making the wrong responses due to the lack of information. About 97% of households in Zimbabwe have mobile phones and even though they are not all smartphones, most of the country’s citizens now have access to Facebook, Whatsapp, YouTube and Twitter, which allow them to consume and make news.

There is a downside to this over-reliance on social media as it can generate rumours and lies. The new use of information communication technologies in politics has been promoted by many initiatives, including Her Zimbabwe’s Mobile Community Zimbabwe (MCZ) project, which was launched in 2013. The aim of the project was to contribute to media plurality and diversity. The project’s reported goal was to advance democratic participation and active citizenship of marginalised communities through citizen journalism. The current crisis shows that the country is on the right track.