By ACRA November 19, 2017
In 2012, the world celebrated the influence of social media in bringing about the Arab Spring, causing the overthrow of Tunisian president Zine El Abidine Ben Ali and his Egyptian counterpart, Hosni Mubarak.Social media was heralded as the voice of the people.

Analysts predicted a wider revolution that was expected to bring down the Syrian government, possibly spread into sub-Saharan Africa and remove despots who have clung to power for too long. Syria did not fall. But it is evident that violent, sectarian unrest can be linked directly to so-called citizen journalism, a euphemism for social media. 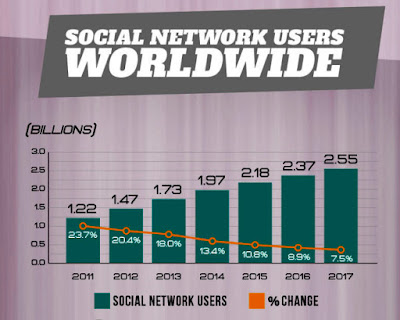 With the exception of Nigeria, South Africa, Kenya, and Ghana, sub-Saharan Africa is yet to experience the full impact of social media. In some countries, such as Cameroon, Uganda, Zimbabwe and Rwanda, social media is tightly controlled and is often shut down outright by security agents.

Like a hurricane changing course, the social media virus is now focusing its venomous fangs at bastions of liberal democracy. A simple referendum by the British people to either remain or exit the European Union turned disastrous, and now threatens the UK's own unity if Scotland chooses to bolt out of the union.

In the 2016 US elections, Russian bloggers bombarded voters with divisive messaging that saw Donald Trump elected president. Voters had no idea the news they were consuming from social media was laced with falsehoods.

This was the rise of the concept of what is variously referred to as “Fake News” or “Alternative Truth.” The extent of fake news damage in the US is yet to be determined.

In Spain, the Catalonians have declared independence, forcing the government to enforce a constitutional clause for direct rule. Here, too, the Russians are being blamed.

A November 9 Newsweek article, "In Catalonia, Is Russia Trying to Influence Another Vote?" by John Lowe, noted:

Ahead of the planned vote Sunday, which Spain's government has banned, the Digital Forensic Research Lab (DFR) at the Atlantic Council has assessed claims of Russian interference outlined in a story in Spain’s El Pais newspaper, and found some evidence to support a role for the Russian propaganda machine in playing up the tensions in the region.

It is not yet clear whether Russia is rekindling Europe's romance with nationalism. The 19th century saw the creation of several European nations such as Serbia, Poland, Romania, Bulgaria and Greece as a result of uprisings against Russia and the Ottoman Empire. Germany and Italy too were created by uniting several regional states into single states with a common national identity.

The early 1990s saw another breakup, with Croatia and Slovenia seceding from Yugoslavia, precipitating a war between Croats and Serbians.

Then followed Macedonia, Bosnia and Herzegovina. The Bosnian Serbs were not happy, and that led to a war that lasted three years before the new republics of Serbia and Montenegro surfaced in 2006. The last to be created was Kosovo.

More European nations may yet break up. If that happens, disgruntled elements globally will legitimise their resolve for self-rule, and that will be a real crisis in Africa, where there are several nations within a country.

The tragedy in Africa is that we don’t know how much outsiders meddle with our affairs. In Kenya, for example, we must ask ourselves very difficult questions. These include:

These are hard questions that we must draw experience from the past to answer. As they say, history repeats itself.

These divisions and deceptions we are witnessing existed in the 16th century. Italian political theorist Niccolò Machiavelli argued that it is not true living virtuously “necessarily leads to happiness.” To him misery, although wicked, enables a prince to rule.

It did not matter to him whether you are loved or feared. Indeed if he were to choose between the two, he thought it would be safer to be feared rather than loved.

In justifying why he would rather be feared, Machiavelli made reference to the Battle of Zama in Tunisia fought in 202 BC, which marked the end of the Second Punic War.

Although Hannibal's army consisted of men of various races, they were never rebellious because they feared their leader. Machiavelli says this required "inhuman cruelty" which he refers to as a virtue. Scipio's men, on the other hand, were known for their mutiny and dissension, due to Scipio's "excessive mercy" – which was however a source of glory because he lived in a republic.

The moral of the story is not to advocate cruelty but to highlight strategies used by the political class to manage the people on their own terms.

Indeed, we have seen such cruelty among African despots, such as former Central African Republic Emperor Jean-Bédel Bokassa, Idi Amin of Uganda and Samuel Doe of Liberia.

All these dictators rose to lead their countries through lies and propaganda. By the time the people realised their deception, the damage had already been done.

Our levels of intolerance to one another, thanks to unfettered citizen journalism, have reached the levels that catapulted these dictators into power. While the political impact of fake news has hardly been established in the Western world, fragile emerging economies are being torn apart.

In Kenya, for example, prolonged electioneering has given rise to political extremism facilitated by social media. Virtually all presidential candidates used social media to either undermine their opponents or promote themselves.

In most cases, the truth was perverted and sometimes the news about the candidates was completely fake.

It is becoming increasingly difficult to distinguish fake news from real news. In the past we called such acts of deceit propaganda, or disinformation.

Responsible use of social media has far greater implications than any efforts made before to enhance individual liberties.

Perhaps The Economist captured the best illustration on use of social media last week, in reference to British political scientist Bernard Crick’s 1962 work, “In Defence of Politics”. In it Crick said:

In a liberal democracy, nobody gets exactly what he wants, but everyone broadly has the freedom to lead the life he chooses. However, without decent information, civility and conciliation, societies resolve their differences by resorting to coercion.

We therefore need decent information, civility and conciliation. Unfortunately, we have become more intolerant to one another, even if we know the sources of the information we use to fight our own brothers and sisters are suspect and not validated.

By doing so, we surrender our own liberties to the political class.

RISE UP AND SAY 'NO'

The intent of politicians is not to liberate their followers from divisive, destructive misinformation but to use it to make them dependent on their own thoughts.

The political strategy of “divide and rule” was established centuries ago and has worked perfectly for politicians. Politicians will continue to divide people along tribal lines to maintain loyalty, and it is for the people to rise up and say 'No'.

I have said before that social media is a double-edged sword. We can use the same sword to restore our dignity, or bring the people together to build an inclusive nation.

Before taking any step on any news, let us try to verify its source, use logic rather than mob justice and reach out to those who “purportedly” created the news. We must begin to educate everybody on the responsible use of social media.