By ACRA March 26, 2017
"Media freedom soars in Myanmar– but not praise worthy at all" 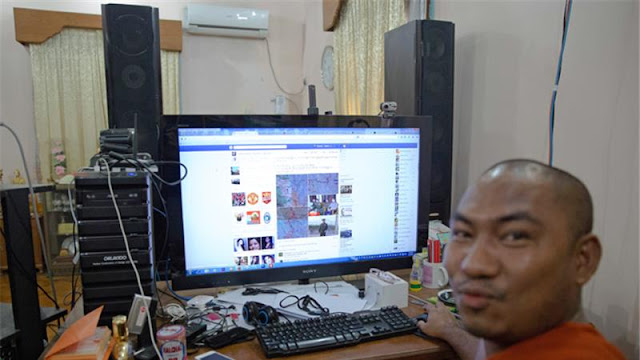 It hasn’t been an easy first year in government for Aung San Suu Kyi, Myanmar’s Nobel peace laureate, and her National League for Democracy. The publication in February, by the Office of the United Nations High Commissioner for Human Rights, of its investigation of abuses of this predominantly Buddhist country’s Muslim Rohingya people, and the assassination of U Ko Ni, a close adviser to Suu Kyi, have again turned the spotlight on this emerging Asian democracy.

The UN report is a damning judgment of her management of a crisis whose existence her government had repeatedly denied, and it further highlights the deep conflict in the country. In addition to the divisions between Buddhists and Muslims, there are ongoing issues with Myanmar’s 135 or so ethnic minorities, many of which have been looking for self-determination for decades.

But as Myanmar – formerly Burma – comes out of the isolation it suffered after a military coup in 1962 it faces a new reality: the internet. Sometimes referred to as the land of tech and temples, Myanmar has seen enormous growth in internet penetration, mobile-phone adoption and social-media usage in the past few years, spurred by the lifting of censorship and rapid opening of its telecom and media market.

With the cost of Sim cards dropping from $1,500 to only $1.50, mobile communication is now affordable for many; 83 per cent of households have a mobile phone, and about 80 per cent of those devices are smartphones, according to the research agency LirneAsia.
After years of being shut off from the world, Myanmar’s citizens have enthusiastically gone online.

But the improvement in digital infrastructure has been accompanied by a rise in hate speech. Anti-Muslim sentiment is particularly widespread on social media, according to the Institute for War and Peace Reporting, and as the conflict between the Rohingya and Buddhists has grown worse, so has the rhetoric online. This is particularly problematic as people in Myanmar rely so heavily on social media for their information.

With more than 11 million internet users among Myanmar’s 53 million people, the danger posed by internet hate speech has led several NGOs to launch projects encouraging tolerance.
Experts say the country’s sudden access to the internet has not been accompanied by discussions about how to read content critically. Myanmar has a “low media and information literacy rate”, according to the United Nations Educational, Scientific and Cultural Organisation.

Clare Lyons of the BBC’s international charity Media Action, who is based in Yangon, says, “You have a country that for decades has been fed the news . . . They haven’t been exposed to that much in the way of real, critical news.” She adds that “in the media there’s so much negative portrayal of different ethnicities. And for Muslims there’s pretty much no portrayal unless it’s around the political issues.”

To counter this Media Action is making The Tea Cup Diaries, or La Pe’ Ye Ta Kwe Ye Diari, a radio drama that hopes to increase understanding and tolerance between ethnic and religious communities. Transmitted by MRTV, the state broadcaster, it is set in a busy tea shop on the outskirts of Yangon (formerly Rangoon); it features entertaining but realistic stories and a diverse cast of characters.

In Myanmar tea shops have a reputation for inclusivity, welcoming people from all backgrounds. They provide a space to share a cup of tea and exchange opinions. Within this setting the drama helps listeners to “grow to understand each other a little bit more and build trust”.

Its theme is social inclusion and tolerance, Lyons says. “Each season we have key storylines that will showcase or challenge different cultural stereotypes, religious stereotypes or discrimination.”

Other organisations have established similar projects to bring communities together. One, Myanmar ICT for Development Organisation, or Mido, has worked with Facebook to promote positive speech and tolerance online. The project, called Panzagar, or Flower Speech, started with a Facebook page and some drawings in response to hate speech that threatened to lead to violence.

Htaike Htaike Aung, executive director of Mido, says that the social-media company helped it to develop a set of online stickers, for people to use to counter any hate content that they see.

Aung says, “Many Burmese with little education easily fall prey to fake news and propaganda. Some users believe whatever they see on Facebook and share it without first finding out if the post is true or false.”
Alan Davis of the Institute for War and Peace Reporting shares this view. “Not all hate speech is deliberate, and a lot of hate speech comes from a lack of understanding or awareness,” he says.

The institute has also worked to counter hate speech in Kenya, Rwanda and the former Yugoslavia, all countries where it became a problem as they emerged from autocratic rule. It started its work against hate speech in Myanmar in 2016, to promote greater tolerance of ethnic, religious and marginalised groups. Davis says, “The way to beat hate speech is not through silencing people but via education, information and debate, and by getting all points of view listened to and engaged with.”

Davis describes a perfect storm in which history, technology and politics overlapped to create fertile ground for online hate speech. “Moving from a closed and controlled country to a more open one, it was very likely Myanmar would experience hate speech.”

Combine this with the growth of social media, the loss of trust in traditional media, and the sheer number of ethnic minorities in Myanmar and “you already have the ideal set-up for hate speech”.

Htaike Htaike Aung of Mido agrees. “Even before the internet become popular here we already had anti-Muslim sentiments rooted in some communities. The extremist groups had been publishing booklets; it was in offline form. But the internet has really given a push to that, because stories can be made much more compelling using digital mediums.”

Social media can be criticised for being a platform for hate speech, but it merely mirrors much deeper divides. And Davis says the hate-speech problem is being made worse by a lack of leadership in the country and by traditional media’s failure to counter the rise of Buddhist nationalism.

In Yangon it is hard to find anyone critical of Aung San Suu Kyi, but her silence on the international stage about such important issues may erode that trust. “There is a certain level of disappointment that there hasn’t been more change since the government came in,” one person says.

The work of NGOs and initiatives such as Panzagar can do only so much. “There’s great need for political leadership,” Davis says. “Without it we are in a vacuum. That’s the worst possible thing, isn’t it? A vacuum.”