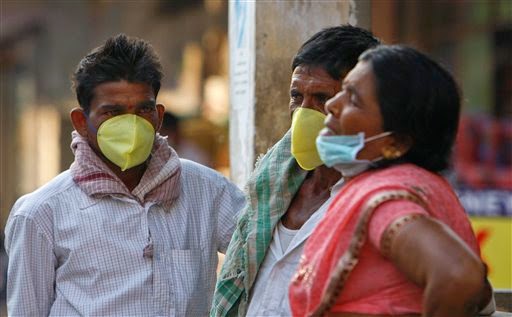 The number of deaths across India due to swine flu reached 744 Friday (20th February 2015), with 41 more people, including a 23-year-old pregnant woman in Delhi, succumbing to the disease.

The woman, a resident of Krishna Nagar in east Delhi, was infected with swine flu during her pregnancy, while 33 year old women - a resident of Uttam Nagar succumbed to the disease last night due to delayed diagnosis. This was the eight death due to the viral disease in the national capital which has so far reported 1,917 cases.

Across India, the number of cases rose from 11,071 Thursday to 11,955 Friday, a health ministry official asserted.

So far, Rajasthan has reported 202 deaths, Gujarat 155 and Telangana 49. Twenty-seven people have died in Punjab while 20 have succumbed in neighbouring Haryana, six have died in Delhi, four in Kashmir and three each in West Bengal and Chandigarh.

However, no fresh case was reported in Himachal Pradesh Friday, though 16 positive cases and three deaths have been recorded till date in the state.

The northeastern states sounded a high alert after two women tested positive in Nagaland and Mizoram.

A woman in Mizoram was detected with swine flu, the first case in the state bordering Myanmar.

She was tested positive for swine flu in Aizawl. And she was in New Delhi for a short period and it is suspected that she contracted the H1N1 virus in the national capital," the nodal officer of Mizoram Integrated Disease Surveillance Programme, Pachuau Lalmalsawma, told.

Another woman in Nagaland's Dimapur too tested positive for the virus as the state's health and family welfare department sounded a high alert in all its 11 district units. The woman works in Chennai, and had come to Dimapur via Kolkata Feb 13.

As a result, the Assam, Tripura, Manipur and Meghalaya governments have also sounded high alerts and directed medical authorities to be ready to deal with any eventuality.

The northeastern states share international boundaries with China, Myanmar, Bhutan, Bangladesh and Nepal and there is frequent cross-border movement of people in the region - legally and illegally.

The cabinet secretary stressed that the states should ensure that the outbreak monitoring cells and necessary helplines function round the clock.The states have assured centre that adequate stocks of medicines were available and people were being made aware about the spread of the disease. 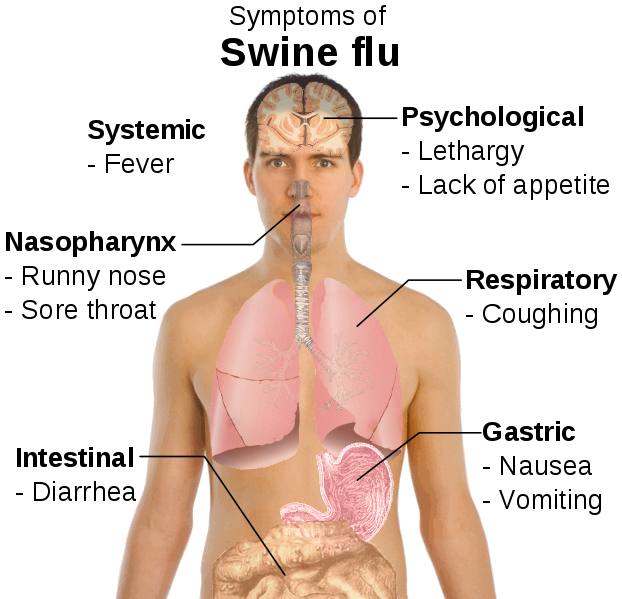 H1N1 is the very clinical-sounding official name for Swine Flu. (So named because the virus is very similar to one carried by pigs.) It’s a flu virus and it spreads in the same way as seasonal flu: through direct contact with people who are already infected; through airborne cough and sneeze germs; and from sharing drinks and cutlery.


Wash your hands often with soap and water. If soap and water are not available, use an alcohol-based hand sanitizer. Help protect yourself from H1N1 Virus.


Clean your bathroom and kitchen surfaces constantly — and always cover your mouth and nose with a tissue when you cough or sneeze.

The fewer people who contract Swine Flu, the more difficult it is for the virus to infect others.


Eating plenty of fresh vegetables – especially dark green, red or yellow vegetables which are rich in vitamins and antioxidants - will ensure your immune system is better able to fight off any infections.

1. Have five duly washed leaves of Tulsi (known as Basil in English; medicinal name Ocimum sanctum) everyday in the morning. Tulsi has a large number of therapeutic properties. It keeps throat and lungs clear and helps in infections by way of strengthening your immunity.

2. Giloi (medicinal name Tinospora cordifolia) is a commonly available plant in many areas. Take a one-foot long branch of giloi, add five to six leaves of Tulsi and boil in water for 15-20 minutes or long enough to allow the water to extract its properties. Add black pepper and sendha (salt used during religious fasts), rock or black salt, or Misri (crystalised sugar like lumps to make it sweet) according to taste. Let it cool a bit and drink this kadha (concoction) while still warm. It will work wonders for your your immunity. If giloi plant is not available, get processed giloi powder from Hamdard or others, and concoct a similar drink once a day.

3. A small piece of camphor (kapoor) approximately the size of a tablet should be taken once or twice a month. It can be swallowed with water by adults while children can take it along with mashed potatoes or banana because they will find it difficult to have it without any aides. Please remember camphor is not to be taken everyday, but only once each season, or once a month. immunity. If giloi plant is not available, get processed giloi powder from Hamdard or others, and concoct a similar drink once a day.

3. A small piece of camphor (kapoor) approximately the size of a tablet should be taken once or twice a month. It can be swallowed with water by adults while children can take it along with mashed potatoes or banana because they will find it difficult to have it without any aides. Please remember camphor is not to be taken everyday, but only once each season, or once a month.

4. Those who can take garlic, must have two pods of raw garlic first thing in the morning. To be swallowed daily with lukewarm water. Garlic too strengthens immunity like the earlier measures mentioned.

5. Those not allergic to milk, must take a glass of hot or lukewarm milk every night with a small measure of haldi (turmeric).

6. Aloe vera (gwarpatha) too is a commonly available plant. Its thick and long, cactus-like leaves have an odourless gel. A teaspoon gel taken with water daily can work wonders for not only your skin and joint pains, but also boost immunity.

7. Take homeopathic medicines — Pyrogenium 200 and Inflenzium 200 in particular — five tablets three times a day, or two-three drops three times a day. While these are not specifically targeted at H1N1 either, these work well as preventive against common flu virus.

8. Do Pranayam daily (preferably under guidance if you are already not initiated into it) and go for morning jog/walk regularly to keep your throat and lungs in good condition and body in fine fettle. Even in small measures, it will work wonders for your body's resistance against all such diseases which attack the nose, throat and lungs, besides keeping you fit.

9. Have citrus fruits, particularly Vitamin C rich Amla (Indian gooseberry) juice. Since fresh Amla is not yet available in the market (not for another three to four months), it is not a bad idea to buy packaged Amla juice which is commonly available nowadays.

10. Last but not the least, wash your hands frequently every day with soap and warm water for 15-20 seconds; especially before meals, or each time after touching a surface that you suspect could be contaminated with flu virus such as a door handle or a knob/handle, especially if you have returned from a public place or used public transport. Alcohol-based hand cleaners should be kept handy at all times and used until you can get soap and warm water.