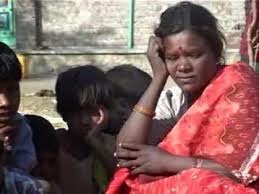 De-notified tribes in India are still treated as outsiders by the society and are victims of discrimination at the hands of the authorities, a study reveals.

The study on the educational status of de-notified tribes was conducted by  an NGO that works to empower women to resist and end sex trafficking. It analysed the education and societal status of de-notified tribes in six states - Delhi, Rajasthan, Odisha, Jharkhand, Bihar and West Bengal. The findings were shared as part of the NGO's "Terrace Talks" session.

According to the findings, many de-notified tribes practise inter-generational prostitution which is the extreme form of exploitation of young girls. The study said the communities, which include Sapera, Jogi, Kanjar and Gond, are victims of traditional stereotyping and are looked at with suspicion.

During the study, the team found that young women were seen as financial resources and often kept as security with brothel owners for a specified period against a specified amount in case of family disputes.

Despite being extremely poor and low on all human resource indices, the study found that de-notified communities were not entitled to government schemes meant for the poor and backward communities. There is abject poverty among them across states.

It is very easy to show through statistics how many children are not attending school but the reason why they are not going or what are the factors pushing them away can only be known by having a field experience, report added. This is the scenario despite such communities forming 8-9 percent of India's population.

The study was conducted in association with the Indian Council of Social Science Research (ICSSR).
Reactions: