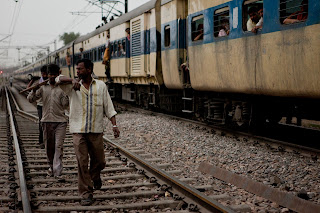 Kerala is home to some 2.5 million workers from other Indian states, and a minister said: "We know little about them, care little for them and do little for them."

According to the labour ministry, 75 percent of the migrant population is from West Bengal, Bihar, Assam, Uttar Pradesh and Odisha.

The study said the workforce was almost entirely male, aged between 18 to 35 years and highly mobile within Kerala. They work mostly up to seven days a week for contractors.

Labour Minister Shibhu Baby John told the assembly that migrant labourers were today one of Kerala's wealth creators."While their numbers have grown in recent years, we know little about them, care little for them and do little for them," he said.

"Sixty percent work in the construction sector. They also work in the hospitality, manufacturing, trade and agriculture sectors. "Their skills range from unskilled to skilled carpenters, masons and electricians," said John.

The study found out that over 70 percent of the labourers earned above Rs.300 a day. On an average, each labourer sends Rs.70,000 to his family annually.

What attracted them to Kerala was the relatively high wage level and prompt payment.The study recommended that there should be a voluntary registration of migrant labourers based on which all benefits to them would converge. Affordable housing for the migrant labourers has also been suggested.
Reactions: