Fourth of US docs use social media: Survey 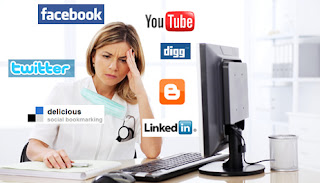 Social media was defined as "Internet-based applications that allow for the creation and exchange of user-generated content, including social networking, professional online communities, wikis, blogs and microblogging".

The amount of information required for medical practice is growing exponentially, Miller said, and social media provides "a very valid construct for physicians to keep current", according to a Johns Hopkins statement.

"What did surprise us was the heavy use of online physician-only communities," Miller said. "It's possible that many physicians feel more comfortable with that type of social media instead of a more public space like Twitter or Facebook."

In March 2011, Miller and colleagues e-mailed the survey about attitudes and usage of social media to a random sample of 1,695 practising oncologists and primary care physicians found in the American Medical Association's Physician Masterfile.

Of 485 practising physicians who responded, nearly 60 percent said social media is beneficial, engaging and a good way to get current, high-quality information (279 respondents); enables them to care for patients more efficiently (281 respondents); and improves the quality of patient care they deliver (291 respondents).
What influenced a physician's usage of social media most were perceived ease of use and usefulness.

Physicians who had positive attitudes toward social media were more likely to use it. Neither age nor gender affected use of social media.The study originated from a common interest in social media among Miller and his co-investigators Brian S. McGowan, Molly Wasko and Bryan Steven Vartabedian.
Reactions: