Of neglect and nurturing: How 2012 can be made better? 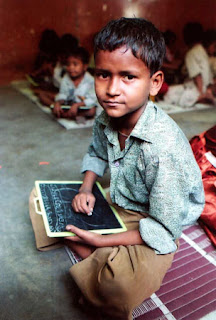 The global economic crisis has severely impacted parents' caring and coping abilities. Inadequate living conditions and the struggle for economic survival create stress and despair, often furthering conflict, depression, alcoholism and violence, according to the annual report of SOS Children's Villages.  The global report focussing on “Challenging Times—How 2012 can be made better?'' points out that an increasing work-life imbalance is squeezing parents' abilities to devote time to their children and labour migration and other factors separate families and weaken their cohesion and resistance.

Family poverty also makes children vulnerable to violence, abuse, neglect and exploitation.  In India, search for work brings children to the street where 1 in every 6 children under the age of 14 is engaged in child labour. India also has approximately 422 million children of which 20 million are below the age of 18 years and do not receive adequate parental care and support as they do not have either of their parents. This estimate is expected to rise to 24.35 million by 2021.

Over a third of India's population lives below the poverty line and about half of the country's 350 million children are chronically malnourished. Over a million were out of school in 2009, most of them from the marginalised social groups and only 40 per cent adolescents attend secondary school.

Recognising the severe impact of poverty and the resulting stress on parental care capacity, national policies should put specific emphasis on developing and implementing appropriate support structures, measures and services preventing child abandonment and family separation, as set forth in the UN Guidelines for the Alternative Care of Children, the report says.

Present in India since 1964, there are nearly 33 SOS Children's Villages reaching out to 6,500 abandoned and orphaned children across the country. Some of these villages were set up in disaster hit areas to support displaced children. The SOS is also implementing the Family Strengthening Programme (FSP) that reaches out to children outside SOS Children's Villages in 33 locations across India. The beneficiaries are typically children of single mothers, widows, single parent, children living with other family members or below poverty line families. The strategy is to ensure continuation of education and health provisions for children while enabling the family to become self-reliant in a 3-5 year period through livelihood or income generating capacity development. This is a preventive programme for children who are at the risk of losing parental care or normal family life.

Given that the economic crisis places pressure on government's ability to support families, there is a greater need to reinforce adequate social protection measures.

The most vulnerable families living in poverty or those from an ethnic minority or migrant background are often overlooked by, or excluded from public service provision. A lack of services supporting adequate living conditions, nutrition and health care contribute to continued child mortality in developing countries. Governments have a legal duty to support families in areas such as housing, sanitation and infrastructure, food security, health care and education.

In 2013 it is predicted that over seven million children will die before reaching their fifth birthday. Improving preventive education is essential to keeping children alive and well in countries where healthcare is unavailable or unaffordable. Preventive healthcare based on social, cultural and behavioural change has an immediate and long term impact, particularly on the lives of women and children.

The report calls upon governments to accept the legal obligation to support parents and caregivers to raise their children. The creation of employment in the families' places of origin must receive priority so that no one is forced to choose between finding work and living with their family. Both the public and private sector must work to create decent employment and a fair wage and states with migrant workers must not punish children for their parents' undocumented status, the report says.