1 in 88 US children 'suffering from autism' 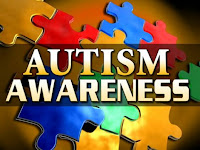 Autism in children appears to be on the rise. One in 88 children in the US has been suffering from autism, new figures have revealed.
The research, the largest ever conducted in the US, from Centre for Disease Control (CDC) shows that rates of autism has risen 23 per cent in two years, with one in 88 American children having the disorder or one of its variants.

One of the most striking findings from the study is that the disorder is around five times more common among boys. Around one in 54 males tested positively compared to just one in 252 girls, 'The Daily Telegraph' reported online.
The research, which was carried out among eight-year-olds in 2008, also found a dramatically increased rate of autism among black and Hispanic children, although this is thought to be largely attributable to better awareness of the disorder among families and communities.

Dr Thomas Frieden, director of the CDC, said that improving techniques by both doctors and communities meant it was possible that the marked increased was "entirely the result of better detection".

"We don't know whether or not that's the case but it's a possibility. What we know for certain is that autism is common and that it needs to be addressed effectively."

However, experts have contradicted CDC's views.
Mark Roithmayr, president of the Autism Speaks advocacy group, said: "Only part of the increase is better diagnosis. There is a great unknown -- something is going on here that we don't know."

Autism is a developmental disorder that appears in the first three years of life, and affects the brain's normal development of social and communication skills.
Reactions: