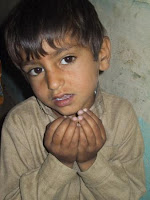 The Planning Commission was at the centre of a big controversy in 2011 after it adopted Rs 32-a-day poverty line, inviting sharp criticism from many quarters, even as the government grappled with slowdown and high inflation throughout the year.
NGOs, commentators and the common man all alike criticised the Plan panel's description of the poor.
Irked by the Plan panel's definition of poverty, N C Saxena, a member of the National Advisory Council (NAC) had told PTI that "only cats and dogs can survive on Rs 32 a day".
Based on the recommendations of the Tendulkar Committee, the Planning Commission had set the poverty line at Rs 965 per capita per month in urban areas and Rs 781 per capita per month in rural areas.
The issue came to light after the Commission in its affidavit in the the Supreme Court, said, "At June 2011 price level, for a family of five, this provisional poverty line would amount to Rs 4,824 per month in urban areas and Rs 3,905 in rural area".
The Tendulkar Committee had expanded the definition of poverty to include expenditure on health and education besides calorie intake. The Planning Commission has already adopted the methodology to compute poverty.
The Plan panel itself did not provide per capita per day poverty line benchmark for urban and rural areas. But NGOs and other groups criticised the Commission for fixing such a poverty line.
It led to heated debates and there were several rounds of discussions between Planning Commission Deputy Chairman Montek Singh Ahluwalia and Prime Minister Manmohan Singh for chalking out the strategy.
The row also saw Ahluwalia's friend and Rural Development Minister Jairam Ramesh intervening in the issue.
Later, Ahluwalia and Ramesh conducted a joint press conference and announced the delinking the benefits provided to the below poverty line (BPL) under various social sector schemes from the said poverty line.
"To summarise, there is no reason to fear that the Tendulkar committee poverty estimates result in exclusion of families otherwise deserving special assistance," Ahluwalia had said.
The Plan panel made it clear in its statement that the Tendulkar poverty line will remain a relevant reference point on efforts to take more and more people above poverty line, eligibility for subsidised food. It said other benefits indeed will be widened to a much larger population, delinking it from the poverty line.
After facing flak from all corners, the panel assured that a new methodology will be worked out to determine entitlements of beneficiaries under various schemes for poor.
It was also said that the BPL would get benefits under various schemes on the basis of Socio-Economic and Caste-Economic Census expected to be completed in January 2012.
The year also saw the Commission finalising the Approach Paper to the 12th Five Year Plan (2012-17), and got it approved from the Union Cabinet as well as the country's apex planning body National Development Council, headed by the Prime Minister.
The document has pegged the annual economic growth rate at 9 per cent during the five-year period, up from 8.2 per cent estimated in the current Plan (2007-12).
However, during the NDC meeting, Prime Minister Manmohan Singh wondered whether India will be able grow by 9 per cent in the 12th Five Year Plan (2012-17) period amid the current economic slowdown.
"The Approach Paper proposes a growth target of 9 per cent per year. It is relevant to ask whether this is feasible since the economy is currently slowing down," Singh said at the meeting.
He had said: "The current slowdown is a matter of concern... We must guard against the mood of negativism that seems to have gripped the country."
Reactions: