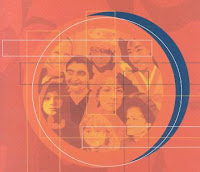 The world has make great progress in eliminating inequality between men and women in health and education, but not in economic participation and political empowerment, according to a survey of 135 nations.
The annual survey by the Geneva-based World Economic Forum shows that four Nordic countries Iceland, Norway, Finland and Sweden lead the world again in promoting equality of the sexes, and the United States continues its ascent in the rankings, rising from 19th to 17th place.
The survey shows that a number of relatively poor countries have made major strides to close the gender gap and rank in the top 25 the Philippines, Lesotho, South Africa, Cuba, the Bahamas and Burundi. They outrank Russia at number 43, China at 51, Brazil at 82, Italy at 74, Qatar at 111, India at 113 and Saudi Arabia at 131.

But no country has closed the gap between men and women when it comes to health and survival, educational attainment, economic participation and opportunity and political empowerment.

"A world where women make up less than 20 per cent of the global decision-makers is a world that is missing a huge opportunity for growth and ignoring an untapped reservoir of potential," Klaus Schwab, founder and chairman of the World Economic Forum, said in a statement.

The annual survey, showed that over the past six years about 85 per cent of countries have narrowed the gender gap. But in other countries the gap widened and the situation for women worsened, including in Nigeria, Mali, Colombia, Tanzania and El Salvador.
Reactions: