'Over 1,800 appointments made using fake certificates' 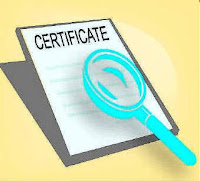 He said the highest number of 157 appointments were in State Bank of India (SBI), 146 in General Insurance Corporation, 135 in Central Bank of India, 112 in Indian Overseas Bank and 103 in Syndicate Bank, among others.
Besides them, 93 appointments using forged caste certificates were in National Bank of Agriculture and Rural Development (Mumbai), 91 in Border Security Force (BSF), 79 in Indian Bank, 62 in Defence Ministry, 57 in Department of Heavy Industry, 50 in Department of Atomic Energy and 49 in Bharat Sanchar Nigam Limited.

"The Government instructions provide that an appointing authority should verify the caste status of Scheduled Castes/Scheduled Tribes/Other Backward Classes candidates at the time of initial appointment.

"They also provide that if a person has secured an appointment on the basis of a false certificate, he should not be retained in service. In addition, the Government may also prosecute such a person," Narayanasamy said.
Reactions: