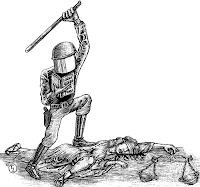 Uttar Pradesh and Delhi have earned the dubious distinction of being on top of the list of states from where maximum complaints have been received by National Human Rights Commission in 18 years of its existence.
In cases of alleged death in police and judicial custody, the Commission registered the largest number of complaints from Uttar Pradesh.

The rights body also has recommended monetary relief of over Rs 51.09 crore to victims so far, according to the Commission which is celebrating its 19th Foundation Day today.

The NHRC has registered a total 10,94,113 cases of human rights violations, either suo motu or on complaints or on intimation by the prison and police authorities, out of which 10,77,622 cases have been disposed of till date.

Uttar Pradesh tops the list with 6,22,635 complaints followed by Delhi 69,409. The ten top states from where maximum complaints have been registered include Bihar, Haryana, Rajasthan, Madhya Pradesh, Maharashtra, Uttarakhand, Tamil Nadu and Jharkhand.

Minimum 41 complaints have been received from the state of Lakshadweep.

According to official statistics, the NHRC has recommended monetary relief of Rs 7.14 crore in 315 cases of human rights violations during this fiscal.

A total of Rs 510,942,500 has been recommended in 2,604 cases as monetary relief for the victims of human rights violation or their next of kin by the Commission.
Reactions: