Every second adult in Bihar addicted to 'khaini' : survey 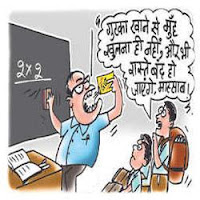 'Khaini' described by a survey as 'smokeless tobacco', which is chewed with a dash of lime, is the most popular tobacco product in Bihar with every second adult addicted to it.

"Every second adult in Bihar uses smokeless tobacco and its prevalence in the state is the highest among all states in India," the survey by the Global Adult Tobacco Survey (GATS India) says.

"Altogether 63 per cent males and 35 per cent females in Bihar use smokeless tobacco," it says.

Among the six geographical regions of the north, east, central, north east, west and south in the country, the prevalence of tobacco use in any form and that of smokeless tobacco is the highest in the eastern region.

The mean age of initiation of smoking and smokeless tobacco is 20-34 is and 18.8 years respectively.

Every third smoker aged between 20 and 34 had started using tobacco daily before attaining the age of 18, it says.

One in three ever daily smokers could quit smoking successfully, but in the case of smokeless tobacco only one in 16 could kick the habit, the survey says.

Nearly three in five smokers and users of smokeless tobacco wanted to quit tobacco in the past 12 months prior to the survey.

Among them 48 per cent were smokers and 35 using smokeless tobacco, it says.

Tobacco use in Bihar is 54 per cent, and its prevalence is almost 20 percentage points higher than the national average of 35 per cent.

Two in every three adult males and two in every five adult females in Bihar use tobacco and the prevalence of smoking is 14 per cent which is the same as the national average, the survey says.

GATS India also says that every third non-smoker was exposed to second hand smoking at home and at the work-place though there was a law prohibiting it.

Altogether 25 per cent of those who visited public places like restaurants, government buildings or healthcare facilities, besides public transport were exposed to second-hand smoking, it adds.
Reactions: