Women account for nearly half of murder convicts in Tihar jail 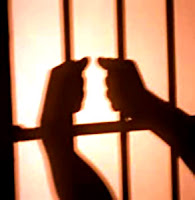 Women can kill not only with their looks but literally too as convicts belonging to the fair gender outdo their male counterparts when it comes to murders.
According to an annual survey report of 2011, of the 2,751 convicts lodged inside the Tihar jail last year for various crimes, 46.15 per cent of female inmates have been convicted for murder charges alone as against the male count of 33.47 per cent.

Along with this, 6.73 per cent of women have been convicted in attempt to commit murder cases as against 5.93 per cent of their male counterparts.

Surprisingly, the review also showed that 7.69 per cent of females were convicted in rape cases too.

One central jail (Jail No 6) is dedicated to women prisoners. This jail has 401 undertrials and 104 convicts which also includes foreigners.

"After our annual analysis of convicts lodged with us, we found that female convicts have topped the chart in murder cases,kidnapping and abduction cases, NDPS cases, and dowry cases in comparison to their male counterparts for the year 2010 and 2009," Tihar jail spokesperson Sunil Gupta said.

While 10.58 per cent of female convicts are lodged inside Tihar Prisons for kidnapping and abduction cases, only 3.66 per cent of male inmates are convicted for the same.

In dowry death cases, the percentage of female convicts is 8.66 as against the male count of 2.64 per cent.

The female convict population convicted under Local and Special Act cases for NDPS cases constituted 13.46 per cent as against male convicts (6.99 per cent) convicted for the same.