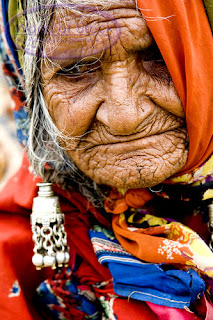 India has over 90 million elderly persons above the age of 60 years and many of them, silently suffer abuse in the hands of either their daughters-in-law or sons, according to a survey report.
The study, made public yesterday on the eve of the sixth World Elder Abuse awareness Day, has found that about 41 per cent felt that there has been an increase in the rate of crime against the elderly in the past three years.

"More than half of India's senior citizens surveyed feel that they are soft targets for crime," the report said.

HelpAge India is a leading humanitarian, development and campaign organisation working with and for older people in India for more than 30 years has done a survey on elderly persons.

The World Elder Awareness Day evolved from its nascent stage in 1997 initiated by a small group in Australia, to becoming an issue that saw United Nations endorsing and making it a global concern.

At present, the UN recognises elder abuse as a public health and human rights issue.
The grim fact, according to the report, is that 98 per cent of the elderly in India surveyed did not file any official complaint. "This showed that they are silently suffering abuse," it said.

The report found 63 per cent of daughters-in-law as the major abusers of the elderly, followed by the sons (44 per cent).

The report said that Delhi NCR region reported the highest (100 per cent) number of the incidences in the hands of daughters-in-laws.

The percentage of elderly reporting ownership status of house living is among the lowest in Kolkata (15 per cent).

It said that nearly 52 per cent of the elderly surveyed were illiterate and 66 per cent were financially dependent on others with half of the elderly depending on daughters-in-law for assistance in daily activities.

"A very high 85 per cent of the elders were dependent on others for medical expenditure," it said.

"As a result of the current aging scenario, there is a growing need for care of the older persons in terms of social, economic, health and shelter. Security of older persons in India is also emerging as an issue.

"With more old people living longer, the households are getting smaller and congested, causing stress in families and marginalization, isolation and insecurity among older persons," it added.
Reactions: