Fairer sex in India more stressed than anywhere in the world 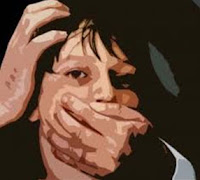 Women around the globe feel stressed, but the fairer sex in India believe they are the most stressed of all, says a survey.
According to a study by global research firm Nielsen, Indian women across the world are the most stressed/pressured for time, with 87 per cent of respondents stating they they felt stressed most of the time and 82 per cent claiming they had no time to relax.

India is followed by Mexico and Russia, where 74 per cent and 69 per cent of women, respectively, feel they were more pressured.

The survey was conducted between February and April, covering 6,500 women from 21 developed and developing countries such as Sweden, the US, the UK, France, Thailand, Malaysia, China and India.
Reactions: