Over a billion tons of food wasted every year: UN 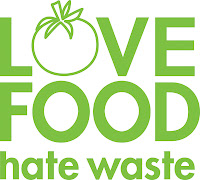 Around a third of the food produced in the world every year -- around 1.3 billion tonnes -- gets lost or wasted, the UN's Food and Agriculture Organisation said.
"Given the limited availability of natural resources it is more effective to reduce food losses than increase food production in order to feed a growing world population," the FAO said in a report.

FAO said the amount of food lost or wasted every year is equivalent to more than half of the world's annual cereals crop.
Some 925 million people around the world suffer from hunger.
The report said that the problem in the developing world was mainly food losses -- through, for example, crop failures and poor infrastructure.

In industrialised countries, the issue is more about "retailers and consumers throwing perfectly edible foodstuffs into the trash."

The report found that in Europe and North America consumers wasted between 95 and 115 kilogrammes of food every year.

The report found that in the retail industry there was an "over-emphasis on appearance". "Surveys show that consumers are willing to buy produce not meeting appearance standards as long as it is safe and tastes good," it said.

"Consumers in rich countries are generally encouraged to buy more food than they need," it said, giving as an example oversized ready-to-eat meals produced by the food industry and fixed-price buffets in restaurants.

The data was contained in a report commissioned by FAO from the Swedish Institute for Food and Biotechnology for "Save Food!" -- a conference being held in Germany later this month.
Reactions: