'77% very poor in Orissa deprived of a day's MGNREGA work' 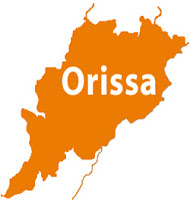 About 77 per cent of the very poor in Orisa did not get even a single day's work under the rural employment scheme under MGNREGA during the previous year, the Centre for Environment and Food Security has said.
The average MGNREGS employment actually provided to the surveyed households in the state during the previous year was only about 4 days per household, the Delhi-based CEFS said in its report.

The premier organisation had recently conducted performance audit of 10 food security and poverty alleviation schemes in Uttar Pradesh and Orissa.
Surprisingly, the survey revealed that 28.3 per cent of very poor tribal and dalit households do not have ration cards, the CEFS report said.

"These are only a few of the many shocking findings of a performance audit of 10 food security and poverty alleviation schemes carried out in seven districts of Orissa," Founding Director of CEFS, New Delhi, Parshuram Ray said.

The CEFS was founded in April, 2001 by some eminent scholars, writers, environmentalists, scientists and activists.
Reactions: