Urea decontrol: Govt to meet fertiliser cos in 2-3 days 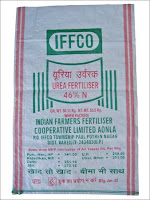 The Fertiliser Ministry today said it will hold a meeting with the industry in the next 2-3 days to discuss decontrolling of urea in line with potassic and phosphate fertilisers.This decision was taken at the meeting of the Committee of Secretaries (CoS), which is studying the feasibility of freeing the urea sector.
"Nothing is finalised yet (on urea decontrol). We still have to consult with stakeholders and that meeting we will have in next 2-3 days," Fertiliser Secretary Sutanu Behuria told reporters after the CoS meeting here.

The committee has not yet arrived at a subsidy model for urea, as it is still trying to address the issues of the stakeholders, he said.
Fertiliser companies such as DCM Sriram, Kribhco and Nagarjuna Fertilisers have expressed certain concerns, said a senior official present in the meeting.

The government had introduced the Nutrient-based Subsidy (NBS) scheme in April 2010 wherein it decontrolled potassic and phosphate fertilisers, but kept its control on price and movement of urea, which constitutes half of India's total fertiliser consumption.

Finance Minister Pranab Mukherjee during 2011-12 budget had said that urea-based fertiliser would be brought under the NBS scheme from April 2011.

The industry was of the view that full benefit of the NBS initiative would accrue once urea was also brought under the scheme. This would encourage entrepreneurs to invest in the sector and ensure assured supply of fertilisers.

After a meeting with the stakeholders, the CoS would finalise its report and refer it to the GoM for its nod. The CoS is also looking into the issue of finalising new investment policy for the fertiliser sector.