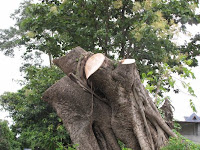 Union Budget has earmarked Rs 200 crore from the National Clean Energy Fund for protection of forests as Finance Minister Pranab Mukherjee underlined the need to reconcile legitimate environmental concerns with necessary developmental needs.
"Protection and regeneration of forests has great ecological, economic and social value. Our Government has launched an ambitious 10-year Green India Mission," Mukherjee said while proposing allocation of Rs 200 crore for its effective implementation in 2011-12.
Observing that environmental pollution has emerged as a serious public health concern across the country, the budget earmarked Rs 200 crore from the National Clean Energy Fund as Centre's contribution in 2011-12 for launching environmental remediation programme.
Mukherjee also specially allocated Rs 200 crore for cleaning "many rivers and lakes of cultural and historical significance".
"A number of projects under the National Ganga River Basin Authority have been approved in 2010-11. This momentum will be further stepped up," Mukherjee said, announcing the amount for the clean-up of some important lakes and rivers other than the Ganga.
"We have to reconcile legitimate environmental concerns with necessary developmental needs. Above all, there is the 'challenge' of growing aspiration of a young India," the minister said presenting the budget.
The government also allocated an increased sum of Rs 2,491.97 crore for Environment Ministry in the Budget for fiscal 2011-12. The revised budget for the Ministry for the fiscal 2010-11 was Rs 2385.52 crore.
Reactions: