2010 was an action-packed year for Environment Ministry 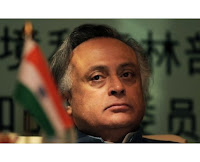 The Environment and Forests Ministry was in news throughout 2010 -- be it for Vedanta Resources, Posco and Lavasa -- or for Jairam Ramesh's aggressive green activism.
While the ministry rejected the green signal to Vedanta for its USD 1.7 billion project to mine bauxite in the Niyamgiri Hills of Orissa noting that the company violated the environment and forests rules, it put the USD 12 billion project by South Korean steelmaker Posco under scanner.
The Posco project seeks diversion of 1253.225 hectares of forest land for establishment of Integrated Steel Plant and Captive Port in Orissa's Jagatsinghpur district.
The ministry was also in news for holding the Rs 3,000 crore Lavasa project in Maharashtra.
Lavasa has challenged the ministry's directive in the Bombay High Court. Two mega projects which got conditional clearance last year are Navi Mumbai International Airport to handle 60 million passengers annually by 2030 and 10,000 MW Jaitapur nuclear plant in Maharashtra.
The ministry invited the wrath of some other ministries particularly Coal for its objection to mining activities in forest areas.
Ramesh was forced to agree to increase the "go zone" for coal mining in forest areas, following intervention by the Prime Minister's Office after Coal Minister Sriprakash Jaiswal expressed his unhappiness at Environment Ministry's decision to declare 40 coal blocks under nine collieries as "no go area" where no mining will be allowed.
"Go areas" are the designated zones in forest areas where coal mining is allowed in case they meet the environment clearance. Jaiswal had complained to the PMO that dividing coal fields into "go" and "no go" area would result in a massive 600 million tonne annual shortfall in production.
At the intervention of PMO, a joint survey was conducted wherein the ministries agreed to settle on 3.8 lakh hectares. The Environment Ministry had proposed to put 3.49 lakh hectares into the "go" zone. But the Coal Ministry had demanded 4.5 lakh hectares.
Planning Commission Deputy Chairman Montek Singh Ahluwalia also criticised Ramesh's approach, saying there should be a "sensible" definition of 'no-go' areas where mining activities are prohibited.
The Ministry, which is increasingly getting more teeth under Ramesh, has issued showcause notice to two more mega projects -- Jindal Steel and Power in Orissa and Mundra Port & SEZ Limited in Gujarat -- for their alleged violation of green rules.
Reactions: