Over 1000 of child labour rescued : Delhi Police to HC 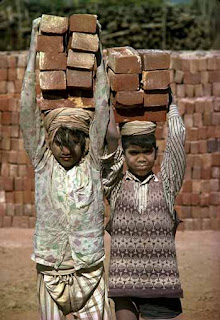 The police told the Delhi High Court that more than one thousand children, working in various places in the national capital, have been rescued by it in last one year.
The Delhi Police said 1,111 children working in various places including factories, shops and small restaurants, have been set free after raids were conducted and cases under various penal provisions registered against the owners of the units.

"The offenders found to be involved in the commission of various offences under IPC, Bonded Labour Act and Abolition of Child Labour Act and Juvenile Justices Act were booked and trials are pending in the courts of Metropolitan Magistrates (MMs)," Delhi police said in an Action Taken Report placed before a Bench comprising Chief Justice Dipak Misra and Justice Manmohan.
The police furnishing the data from various districts about the raids and rescue operations conducted jointly with other agencies since September last year.

It said a standing order was issued to all police stations to register criminal cases against the employers about children unable to provide information about their parents their addresses.

Police would also ascertain the circumstances under which such children got separated from their family and involvement of any organised criminal gang.

The ATR was filed by the police on a PIL filed by an NGO, seeking direction to take appropriate action against the people employing child labour.

The petitioner alleged the Labour Department has failed to rescue the children who have been working with various organizations and the department of Social welfare has failed to rehabilitate them properly. As a result, the children, although sent back to their home states, returned to work.

The petitioner said children from neighboring states have been brought and employed in factories.