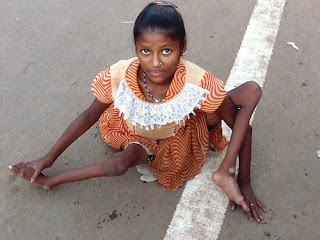 In a positive sign for the fight against polio, India has recorded a significant drop in the number of cases of the debilitating disease this year.
The number of cases of type-1 polio is only 16 this year as compared to 51 last year, while type-3 cases stand at 23 against last year's 343, the latest World Health Organisation data show.

The WHO has attributed this drop to effective surveillance of migrant population and vaccination drive.

Only 39 cases have been reported so far this year as against 395 at the same time (September) last year.
For the first time, Uttar Pradesh has not reported even a single case of type-1 polio so far. The only hurdle so far is the inability to break transmission of type-1 polio in the country despite reducing it to a very low level.

Since January, two national immunisation rounds have been held, and high-risk areas in the country have received two additional vaccination rounds.

In India, vaccination against polio was initiated in 1978 under Expanded Programme on Immunisation (EPI) and the coverage achieved by 1984 was around 40 per cent of all infants with three doses of Oral Polio Vaccine (OPV).

In 1985, the Universal Immunisation Programme (UIP) was launched and implemented in phased manner to cover all districts in the country by 1989-90.

During 1986, the UIP was accorded the status of a Technology Mission under the banner of the Technology Mission on Immunisation. This resulted in significant increase in coverage to over 95 per cent during 1990-91 and is being sustained over 90 per cent since then.

At this stage, in pursuance to the World Health Assembly Resolution of 1988, in addition to administration of routine OPV through the Universal Immunisation Programme, the Pulse Polio Immunisation (PPI) Programme was launched in 1995-96 to cover all children below the age of three years.