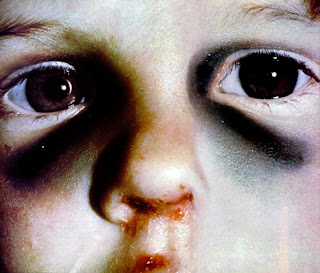 More than 65 per cent of children on average said they had received corporal punishment while more than 50 per cent of children interviewed for a survey in India said they had faced sexual abuse, the report said.
According to Plan International, a children's organisation, India is dubiously ranked third among 13 countries in terms of estimated economies cost of corporal punishment.

Plan calculated that anything between USD 1.4 billion and USD 7.4 billion was lost every year in India by way of social benefits because of physical ill-treatment in schools.

Only the US and Brazil, suffered greater economic damage in the same sphere.

The study, Prevention Pays, found discrimination by caste and gender was the major cause of violence against children in India.

Plan said many children abandoned school because of the punishments, which included hitting pupils with hands or sticks, making them stand in various positions for long periods and tying them to chairs.

Plan's report is taken from research carried out by the Overseas Development Institute (ODI), a UK think tank.

The ODI based its research on several sources, including Indian government data about child abuse in the country.

Delhi's Ministry of Women and child Development interviewed more than 3,000 school children in 2007 to find out the extent of corporal punishment.

In total, about 12,500 children aged between five and 18 years old, including many who did not attend school, from 13 states took part in the research; more than half of them said they had faced sexual abuse.

The study found that more boy students (54 per cent) suffered corporal punishment than girls (45 per cent).

Students in the states of Assam, Mizoram and Uttar Pradesh reported the highest rates of corporal punishment, while Rajasthan and Goa had the lowest.

The study found there were on average at least five beatings of students per day in the schools. Teachers tended to justify their actions by saying they were overburdened with too many pupils. The study found that even many students believed corporal punishment was sometimes necessary.