59 pc pros likely to quit jobs due to lack of promotion:Survey 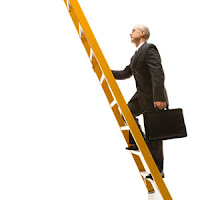 A majority of Indian professionals are likely to quit their jobs this year due to lack of promotional avenues despite good work results and a lack of communication and involvement by their top managements, according to a survey .
For 59 per cent of respondents, finding that the next rung in the career ladder is a no-show was the top "get me out of here" factor, a survey by Regus, revealed.

Lack of communication and involvement by top management was the other big reason for most professionals to quit their existing jobs, 50 per cent of respondents said.
Another 30 per cent said that they would leave a company which lacked 'vision'.

The job market in India is likely to get crowded after the summer vacation as Indian professionals may quit their existing jobs unless they are promoted, it said.

Over 15,000 business respondents from the Regus global contacts database were interviewed during the February-March 2010 period and the survey was managed and administered by Marketing UK, an independent organisation, Regus said in a press release issued here.

Regus' Country Head, Madhusudan Thakur, said "as workers pack up their swim-suits and towels after the holidays, they are more likely to dwell on the pros and cons of the job that is waiting for them at home."

According to reports, one of the effects of the economic recovery taking shape presently is that many more employees have started quitting their jobs and looking around for new ones, Thakur said.
"Businesses that are not providing all the trimmings may be heading for a brain-drain of their best talent," he added.

As the economy perks up, employees will flock to businesses that promise them better conditions and not necessarily the biggest wage, he said.

The survey also asked workers what companies could do to avoid a brain-drain of their best talents.

Aside from a pay-rise, in India, 42 per cent of the respondents said that flexible work timings are increasingly becoming important for them. They declared that the ability to flex their work-hours was top of their wish-list.

Other factors that make professionals leave their jobs are bosses who take credit for their (professionals') work and shabby premises. A fifth of respondents would also leave if their commute was too long or administrative support was lacking (20 per cent), the Regus survey said.

Almost a third (32 per cent) called for private medical insurance.