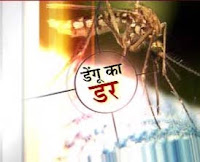 The national capital (Delhi) on Monday recorded its third dengue death this season even as 63 more patients tested positive for the vector-borne disease, taking the total number of cases to 863.
Even as dengue cases are on the upswing, MCD mosquito breeding checkers, who work on contract, observed a token strike and threatened to go on an indefinite cease work from September 6 demanding regularisation of their jobs.
Among the total 863 cases so far, 737 have been reported from MCD areas, 93 from NDMC areas and the rest were from other parts of the city and outstation cases.
The highest number of 12 cases have come from MCD West Zone followed by South Zone (11).

According to statistics released by the Municipal Corporation of Delhi, the number of cases till this time in 2009 were only four. The figure was 75 and 21 in the same periods in 2008 and 2007 respectively.

Authorities are more worried about the spread of dengue as the city will host the Games in October, a month which generally sees high prevalence of the disease. 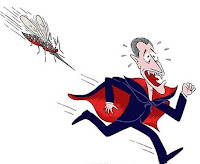