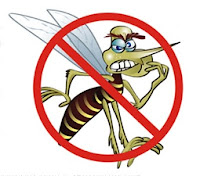 With a spurt in dengue cases due to the onset of monsoon, there is finally some good news with government data reporting that the fatality rate for the disease has shown a consistent decline every year since 2008. The Case Fatality Ratio of dengue was 1.7 per cent in 2008, 0.6 per cent in 2009 and to 0.3 per cent in 2010. In Andhra Pradesh, the CFR has come down to nil in 2010

The National Health Policy 2002 has set a goal of achieving reduction of mortality on account of dengue by 50 per cent by the year 2010.

For the prevention, treatment and control of vector-borne diseases including dengue, Malaria and Kala-azar in the country, the ministry is implementing National Vector Borne Disease Control Programme (NVBDCP) under the overarching umbrella of National Rural Health Mission (NRHM).

The main components of the strategy for NVBDCP are integrated vector control, early case detection and complete treatment and behaviour change communication.

The number of dengue cases has seen a spurt with the onset of monsoon with only the capital reporting 68 cases in this season.