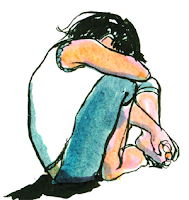 Two out of every three women in the capital faced some form of sexual harassment between two to five times last year, claimed a survey conducted under a joint initiative of Delhi Government, two UN agencies and an NGO.
Titled 'Safe City Free of Violence for Women and Girls', the survey is based on a sample of 5,010 women and men and was undertaken during January to March this year.

"Almost two out of every three women reported facing incidents of sexual harassment between two to five times in the past year," it said.

The survey was carried out under a joint initiative by Department of Women and Child Development of Delhi Government, Jagori, United Nations Development Fund for Women (UNIFEM) and UN Habitat (United Nations Human Settlements Programme).

It also said that three out of every five women reported facing sexual harassment not only after dark but during the day time as well. It said school and college students are most vulnerable as they face harassment in public transport, particularly in buses.

The field survey was conducted by New Concept Information Systems and Jagori, an NGO working in the field of education, health, and women welfare. The survey also gathered information about the nature and forms of gender-based violence faced by women, role of governing agencies and the police in safeguarding women's rights.

The total sample of 5,010 included 3,816 women, 944 men and 250 common witnesses. Men and women above 16 years of age were part of the sample group. Common witnesses, the report said, referred to those who witnessed acts of sexual harassment on women.

The survey said school and college students in the 15-19 age-group and women workers in the unorganised sectors are particularly vulnerable to sexual harassment. The most common form of harassment reported is verbal (passing comments) and visual (staring and leering) and physical (touching/groping, leaning over etc).

Poor infrastructure including poor or absent streetlights, unusable pavements, lack of public toilets, open usage of drugs and alcohol are major reasons behind the lack of safety, the report said.

The findings of the survey and its recommendations are part of the strategic framework that will guide interventions to make Delhi a safer city for women, said a member of the Jagori.