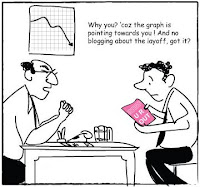 Negating protagonists of the caste-based census, a new study has revealed that wide income disparity between the upper castes and SC/STs and other backward classes (OBCs) is driven more by urbanisation and education than the caste groups.
ST households accounting for eight per cent of the population of the country gross in just 5.2 per cent of national income, according to the study based on the NCAER data 2004-05.
Likewise, while SC households make up 16.8 per cent of population, they earn just 11.8 per cent of the country's income. A slightly over 41 per cent of OBCs have a claim of 37.7 per cent on the national income.

While average ST household income is Rs 40,753 per year, for upper castes it is Rs 86,690 per year.These income differences are largely driven by urbanisation and education, according to 'Caste in a Different Mould'.

"While those in favour of reservation point to the difference in income across various caste groups, they don't realise that it is education and urbanisation which matters," study said.

Political parties are divided on the issue of inclusion of castes in the national census underway. The matter has been referred to the Group of Ministers.

In the case of education, the study says illiterate households earn Rs 23,886 per annum in comparison with Rs 1,17,844 for households headed by graduates.

Since only 12.1 per cent of ST households are graduates versus 34.4 per cent in the case of upper castes, the upper-castes have a higher average income.

The study found that in low-income states, average incomes are Rs 51,118 per annum against Rs 89,288 for the higher-income states.

Since 53.9 per cent of ST households are to be found in low-income states as compared to 32 per cent in the case of the upper castes, this is another reason for upper caste incomes being higher.