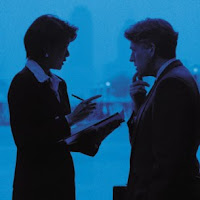 Turning up well-dressed at work could automatically mean half your battle is won as a survey found that employees who dress well are taken seriously at work than those that pay scant attention to those crumpled sleeves and faded collars.
Nearly 89 per cent of respondents of a survey by leading staffing company Team Lease feel that style of dressing has a long-term impact on the overall image of an individual. Three-fourth of the respondents felt that well-dressed people are taken more seriously at work place.
Regarding implementation of a dress code at work place, 47 per cent of those surveyed felt it was necessary. More than half the respondents in Kolkata and Pune opined that it enhances work productivity.

In the IT industry, 53 per cent considered implementing dress code is strict, but necessary.

Fifty-four per cent of those surveyed feel that incompetent or average performer cover up their professional lackings with meticulous dressing and accessories.

A 44 per cent of respondents felt that formal dressing applied to only senior manager and client interfacing employees.

The respondents included employees across cities of Ahmedabad, Bangalore, Chennai, Delhi, Hyderabad, Kolkata, Mumbai and Pune between the age group of 21-45 years, across industries.