Minorities have "fundamental right" to set up ed. institutions: SC 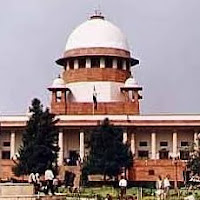 The Supreme Court has held that minorities have a "fundamental right" to establish educational institutions and the Government cannot put any unreasonable restrictions on it.
"It appears that the appellant is a religious minority. As a religious minority, it has a fundamental right to establish and administer educational institutions of its choice in view of the clear mandate of Article 30," the apex court said in a judgement.

According to Article 30, "All minorities, whether based on religion or language, shall have the right to establish and administer educational institutions, in the country." The Article further provides that the State shall not discriminate against such institutions even if they obtain aid from the Government.

The apex court passed the judgement while upholding an appeal filed by Cannanore District Muslim Educational Association challenging a Kerala High Court decision that the association had no statutory right to run a higher secondary course in the Sir Syed College run by it.

The College had sought permission for running the higher secondary course which was not granted to it by the Government as the rules at that time did not permit it.

Interpreting the Kerala Education Rules the High Court took the view that the minority institution had no statutory right to run the course, following which the association appealed in the apex court.

Upholding the appeal, the apex court said that apart from enjoying the Fundamental Right to run the institute, the Government had initially accepted the plea for sanction but could not accord the same since the matter was under litigation in the High Court.

"The facts of this case clearly show that appellant is entitled to get the sanction of holding higher secondary classes. In fact the Government committed itself to give the appellant the said facility.

"The government's said order could not be implemented in view of the court proceedings. Before the procedural wrangle in the court could be cleared, came the change of policy. So it cannot be denied that the appellant has a right or at least a legitimate expectation to get the permission to hold Higher Secondary classes.

Hence it directed the State to sanction Higher Secondary course in the appellant's institution from the next academic session with the rider that the institution must follow the statutory procedures for appointment of teachers.