Water and sanitation takes a back seat for many nations 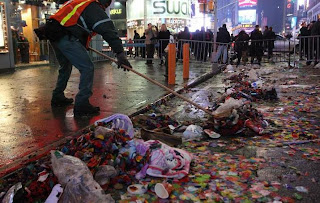 Even as the world's deadline for the achieving the Millennium Development Goals (MDG) approaches in 2015, countries are not making water and sanitation a priority, which in turn impacts other developmental goals like health and education.
Between 1997 and 2008, aid commitments for sanitation and water fell from eight per cent of total development aid to five cent per cent, according to the latest UN-Water Global Annual Assessment of Sanitation and Drinking-Water (GLAAS) report.

"Neglecting sanitation and drinking-water is a strike against progress. Without it, communities and countries will lose the battle against poverty and ill-health," Maria Neira, World Health Organisation Director of Public Health and Environment said.

The study found that improved access to sanitation and water produces economic benefits that range from USD 3 to USD 34 per USD 1 invested, increasing a country's gross domestic product (GDP) by an estimated two per cent to seven per cent.

In a report released last week, the UN found that far more Indians have access to cell phones than to a toilet and basic sanitation.

"It is a tragic irony to think that in India, a country now wealthy enough that roughly half of the people own phones, about half cannot afford the basic necessity and dignity of a toilet," Zafar Adeel, Director of United Nations University's Canada-based think-tank for water said.

"Popular education about the health dangers of poor sanitation is also needed. But this simple measure could do more to save lives, especially those of young people, improve health and help pull India and other countries in similar circumstances out of poverty than any alternative investment," he added.

Another UN report released in March, Sick Water, found that the sheer scale of dirty water means more people now die from contaminated and polluted water than from all forms of violence including wars.

"Unsafe water, inadequate sanitation and the lack of hygiene claim the lives of an estimated 2.2 million children under the age of five every year. Of these deaths, 1.5 million are due to diarrhoea, the second leading contributor to the global burden of disease," Neira said.

"The impact of diarrhoeal disease in children under 15 is greater than the combined impact of HIV and AIDS, malaria, and tuberculosis," she added.

Another report released last year by the WHO and UNICEF found that India has the largest number of persons around the world (665 million) that defecate in the open.

The joint study stressed the need for hygienic sanitary practices to combat diarrhoea, the second greatest killer of children after Malaria.