Green Mission to be formulated after public consultations 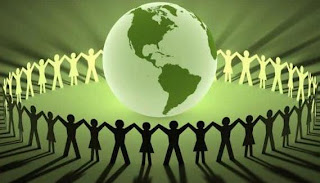 The Green India Mission that seeks to enhance forest cover in the country would be formulated after public consultations to make it participative, Environment Minister Jairam Ramesh said.
"By this month-end, Green India Mission will be made public and to make it truly inclusive and participative, we will hold public consultations in five different parts of the country," he said at a national workshop on Joint Forestry Management in New Delhi.

The consultations will be organised by the Centre for Environment and Education (CEE). "Depending on the feedback from the public, we will frame the blueprint for Green India Mission. We hope by the end of August we would be in a position to have a final design of the Mission," he added.

The goals of the ambitious Green Mission, which is one of the missions of National Action Plan on Climate Change (NAPCC) include afforestation of 6 million hectares of degraded forest lands and expanding forest cover from 23 per cent to 33 per cent of India's territory.

Ramesh said the funds needed to execute the Green Mission were being worked out.

Initially, the fund was proposed from Compensatory Afforestation Management and Planning Authority (CAMPA) collected from states in lieu of diversion of forest land. But now we have to rework the funding pattern as CAMPA money is being diverted to states as directed by the Supreme Court.

In 2008, Prime Minister Manmohan Singh had released the NAPCC comprising of eight mission that outlines existing and future policies and programs addressing climate mitigation and adaptation.

Ramesh sought a greater role of Joint Forest Management (JFM) involving both the state forest departments and local communities to meet the targets of the Green Mission.The government has kept a target to improve 6 million hectares of degraded forest area through JFMs.